The night I stumbled upon minimalism is the night I realized I was living a lie.

I was sitting in the living room of my home in front of a roaring fire that was ensconced in an ornate mantle carved of marble. The couch was plush, and provided a panoramic view of not just the fireplace, but the grand piano in the corner, artwork on the walls, lamps, and other trappings that adorned the room. 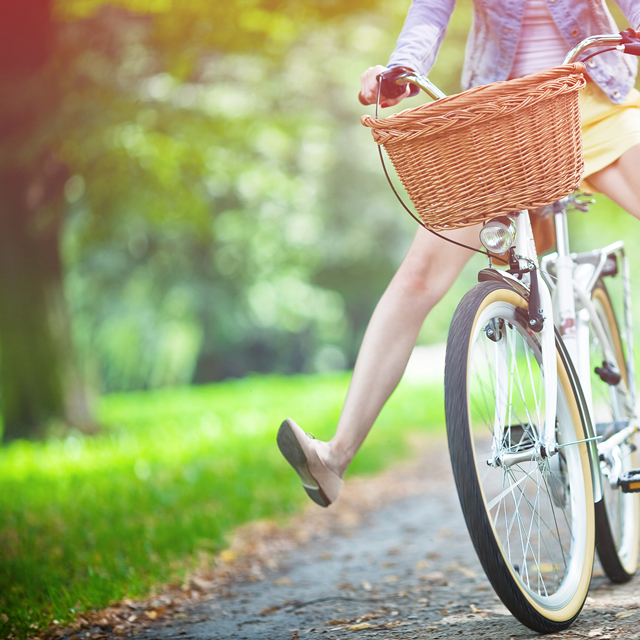 I sat in this room when I wanted to feel good. There were many rooms in the house, but this one in particular reminded me of the fruits of our labor. “Look what we’ve built,” I would tell myself.

The truth is, though, that sitting in this room made me feel miserable. Looking around at what we built—a big, beautiful home full of expensive things—reminded me of what was required to keep it all up.

And what was required was getting up every day and heading in for long, unpredictable hours at a business that took more from me than I was willing to give. I grew to detest the career that I had spent so much time cultivating. And because I was working so hard, as was my husband, we rewarded ourselves the only way we knew how—with more—and further exacerbated the problem.

It was during this late night session in my living room, searching for answers, that I came upon this article from The Minimalists. These words, in particular, struck me: “By clearing the clutter from life’s path, we can all make room for the most important aspects of life: health, relationships, passion, growth, and contribution.”

In one simple sentence a path to all that I had been seeking—health, relationships, passion, growth, and contribution—yet neglecting, was revealed. I was roused from my lethargy, sat up a bit straighter on the comfy couch, and began digging deeper.

For the first time in a long time I saw that there might be a way out of this trap I laid for myself. I didn’t have a job, I owned a business, and so for years I had been pondering a question that I couldn’t answer: “How do I quit my life?”. Finally, a path began to emerge.

Minimalism became a refuge. Joshua Becker, Leo Babauta, Joshua Fields Millburn and Ryan Nicodemus provided the reassurance and encouragement I was seeking. But it wasn’t the advice on decluttering that drew me in. It was the idea that by creating more space and time in my life (which I’ve come to learn is a byproduct of owning less things), I might be able to fill the vacuum with something more meaningful.

Because here’s the thing: Despite the fact that I had become overwhelmed by my pursuits, my ambition still burned strong. Therefore, as I confronted minimalism, I grappled with two strong forces in my mind. One was a burning desire to create and contribute.

The other was an intense desire for a simpler, less complicated life.

It was by studying and adopting minimalist philosophies that I came to understand that these seemingly contradictory impulses could coexist. In fact, it became clear that a minimalist mindset is what enables the pursuit of big dreams.

We began to see the world through a new lens and tossed aside old assumptions and conventional wisdom. We took a deep breath and got to work. My husband left his law firm. We ditched our office space, untethered our employees, and started operating our marketing agency “virtually” from coffee shops and our kitchen table.

We sold our house. We moved from our expensive suburb to a small town in Northern Michigan with our three young girls. We took steps back in order to create space and time so that we could make a clear-eyed decision about the path we should follow once we were ready to move forward again. Space free of distraction and worry. Time to set priorities. We created white space for the first time in a long time.

Two years later and we are busier, and also happier, than we’ve ever been. We recently launched a new business that is consuming a great deal of our time and attention.

The difference is we’re busy on our own terms. Our ambition is undiminished—but it’s not consuming us. And in this season of our life, our primary ambition is living a life of purpose and significance.  By adopting a minimalist mindset we realized we could build something that allows us to make a living, but also make a difference.

The real power of minimalism is that it helped us to create the space to pursue something truly meaningful. In this sense, at least for us, minimalism was never a destination, but rather a means to do more of what matters.

By letting go, we got more (satisfaction, not stuff) than we could have imagined in return. From this side of the fence, I can confidently declare that minimalism not only doesn’t stand in the way of achievement (no matter how you define it), it’s what fuels it.

Here are a few lessons I learned along my journey that helped in that realization:

1. Don’t think of minimalism as simply a tool for subtraction.

When you remove things that don’t matter from your life, it creates a vacuum. Use your newfound white space as a means to add more meaning to your life. If you, like us, decide to pursue a new passion project, you may find yourself busier, but also happier and more fulfilled than you’ve ever been. Minimalism can be a means to a quieter, more leisurely life—but it doesn’t have to be.

2. Money is not the only currency.

It was during our quest to simplify that we came to learn that money is not the only currency, nor even the most valuable currency. For us, time and mobility became higher priorities. We make less money than we used to, but have learned that we need far less to sustain us. That realization has been incredibly liberating and has emboldened us to try things we never would have imagined a few short years ago.

I’ve learned in my life that no matter what someone projects to the world, it’s rarely possible to understand what they’re feeling inside. From the outside looking in, you may see strength, optimism, and confidence. But inside, that person may be filled with uncertainty, anxiety, and self-doubt. It’s easy to think: Since everyone else has it all pulled together, shouldn’t I, too?

A big obstacle to change, therefore, is often a refusal to show vulnerability. We drape ourselves with invulnerability like a suit of armor. But it’s the ability to let go, to drop the armor and reclaim (or unearth for the first time) one’s true self, that is the first step toward meaningful change.

For me, this meant realizing that I could still pursue big dreams without worrying about acquiring all of the trappings that might signal ambition and success to the outside world.

4. The decision to minimize, or not minimize, is not binary.

To realize the benefits of minimalism, you don’t need to live in a tiny house, wear the same outfit every day, and possess few belongings. Creating the tiniest crack of white space in your life by ridding yourself of something superfluous is still a win. No one who sees our garage would ever call us minimalists (now if my husband would just get those shelves built…).

But that’s the beauty of minimalism—you don’t need permission from anyone else to create a more meaningful life for yourself.