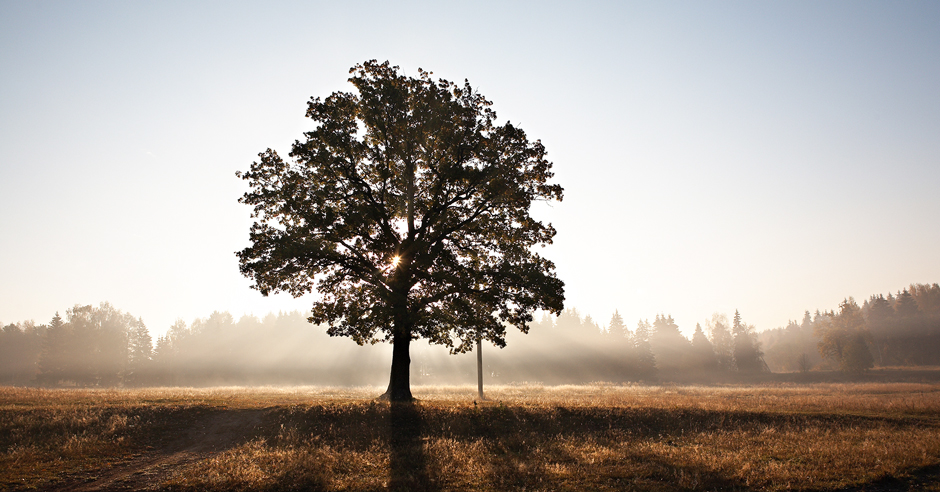 I grew up firmly middle class in an upper class suburb outside of Detroit. I think that almost every exclusive suburb has a small “other side of the tracks” enclave that middle class families scratch and skimp their way into so they can take advantage of the good schools and serene setting.

Kids who grow up in this environment have an interesting window to the world. They see what it’s like to live with abundance, but through someone else’s experience. Don’t get me wrong, we never wanted for anything that mattered.

Far from it—my childhood was comfortable. However it was different—in ways simpler and slower, but no better, and no worse—than the childhood of some others who grew up around me. It was a childhood greatly influenced by my dad’s priorities.

My dad was a simple man. He was a law enforcement officer and worked for the federal government his entire life. This followed a stint in the military as a young man. He drove a used car; he wore a suit because his job required it, but he had only a few and bought them off the rack; and wore a watch for function, not fashion. I always wondered why he didn’t have fancier clothes, a nicer car, a better watch. After all, many people in my environment had all of these things.

As a result, I grew up self-conscious. Even though we were comfortably middle class, and had far more than most families in the world could ever dream of, I would find myself dwelling on what we didn’t have because of what others did have. This feeling of inadequacy is what drove me for many years, well into adulthood.

I decided to go to law school because lawyers make lots of money. I devoted myself to getting accepted at one of the top schools in the country, the University of Michigan Law School, because lawyers that graduate from top law schools make more money than “run of the mill” lawyers. My first job was in Chicago at one of most prestigious and highest paying law firms in the country. I worked like crazy to earn bonuses. Eventually I left and started my own law firm because, well, I figured that I could make more money. I did, and we continued to increase our spending on expensive cars and a big house. I was crushing it, or so I thought.

The truth is, though, that my life was crushing me. And it all came crashing down when my dad died.

My dad was diagnosed with dementia right around the time I started my law firm. Instead of slowing down to soak up all of the time I could and should have been spending with him, I ramped up my busyness to new levels of absurdity. Three years later, after his mind had left him, his body followed. It was only after he was gone that I finally came to realize that, just as I had been neglecting most important aspects of my life in pursuit of material success, I had passed on my obligation to be there for my dad, too.

There have been many times in my life when I’ve been told by people in the later stages of their lives that they felt regret about things they’d done, or not done in their younger years. The morning of my dad’s funeral was the first time in my own life that I had felt acute, pit of the stomach regret.

I arrived early and stood in the atrium area of the church to greet people as they arrived. I was overwhelmed and amazed at what ensued. Hundreds of people—easily over 500—filed in to pay their respects. Some I knew to be his longtime friends and coworkers. But many I did not know at all. Seemingly everyone had a story they wanted to share about how my dad had touched them in some way—large or small.

It was all a bit of a blur. It was only in the days following the service that I was able to process everything that I learned about my dad on that day. From college teammates, to coworkers, to the neighbor he cooked lasagna for as she went through chemotherapy, the stories were both abundant and touching. One thing they were not, with the benefit of hindsight, was surprising.

The stories were simply a reflection of what my dad built during his lifetime. What he built was not a fortune of financial and physical assets. Rather, it was a rich legacy of the things that really matter in life, including meaningful relationships, experiences, contribution and contentment.

Perhaps it was his upbringing at the tail end of the depression as one of six kids raised by a single mother, his military service overseas during the 1950’s, or his strong religious faith that allowed him to remain centered and focused on the things that matter – the things that we, as aspiring minimalists, continue to strive for in a society that increasingly values superficiality and accumulation. Likely it was a combination of all of these experiences and priorities.

But regardless of the root causes of my dad’s approach to life, the effect was to leave a long trail of people in his wake who were impacted by his kindness and thoughtfulness—none more so than me.

For far too long I had created a trajectory to my life that was taking me and those around me to a dark, broken place. Instead of following the lead of my dad, I aspired to the antithesis of the example he set for me as a child and as a young man. It took the tragedy of his passing to finally lead me to hit pause.

Fast forward a few years, and here we are living in a small town in northern Michigan. The law firm, the big house and much of the stuff is gone. I’m living a more balanced life, as is my family. My relationship with my wife and my friends is better. I’m raising my kids to spend as much time outdoors as possible. I’ve begun to focus on contributing to my community, rather than simply building my bottom-line. For the first time in a long time, I’m more content with my place in this world.

Lessons From a Life Well Lived

I’ve come to realize that my dad lived the life of a minimalist, before a label was ever created for what it means to live purposefully and intentionally. His example has helped me to come to peace with who I am, and strive to grow into who I want to become. Here are some thoughts on how lessons from his life can serve as an example to others as well.

My dad had many friends. But he always lavished certain people—his inner circle—with his focused and devoted attention. He never let go of, nor took for granted, the core relationships from each stage of his life. I can’t say the same, but I’m working on it. Instead of seeking a bigger network, I’m focused on building a better one, which means prioritizing the nurturing and rekindling of old friendships over the establishment of new ones.

You need to manage, and perhaps minimize, loose relationships in order to develop deep ones.

My dad lived a full life. His career in the military and law enforcement was exciting and allowed him to travel throughout the country and the world. He was proud of these experiences, but he rarely talked about them. The experience that he talked most about—coaching my youth baseball teams—was pedestrian by comparison. But it was the thing that brought him the most joy.

Just a few weeks ago, I had decided to pass on the opportunity to coach my daughter’s soccer team. My work schedule is very busy this time of year, and I had several travel obligations on the horizon. But then I reconsidered and decided to coach. I can’t say that my dad’s example guided my conscious decision-making, but I have no doubt that it was a subconscious influence. I like coaching my daughter. It makes me happy. And more importantly, it makes my daughter happy too. I’ve come to realize why my dad enjoyed coaching so much—it served as an opportunity to bring joy to those around him.

Make the best of the time you have, and recognize and appreciate the small, simple moments of life. In the end, these are the moments that will matter most to you and those you love.

Bronnie Ware, a palliative nurse for many years, wrote a book called The Top Five Regrets of the Dying. The most common regret: “I wish I’d had the courage to live a life true to myself, not the life others expected of me.”

My wife and I often reflect on how happy my dad was during his life, even in the end when all of the memories of his rich life had left him. He never seemed to get too high, or too low. He was balanced and centered. He was courageous. He was content.

To look back on your life with contentment, rather than regret, you need to move forward with purpose and in a manner true only to yourself.

Maybe I’m just putting a happy spin on things, but instead of choosing to be sorrowful about how I wasn’t there for my dad when he needed me most, I’ve come to look at the recent transformation in my life caused by his passing as one last invaluable gift that he gave to me.

And it’s one I hope to share with you, too. His final act of generosity: Teaching me that every day with less leads to a life worth more.

About the Author: Jay Harrington is an author, reformed-lawyer-turned-entrepreneur, and runs a northern Michigan-inspired lifestyle brand called Life and Whim.