In my twenties and thirties I spent a lot of emotional energy comparing myself to others. My ability as a writer, the way I looked, who I was as a parent, my workout regime, and definitely my intelligence. 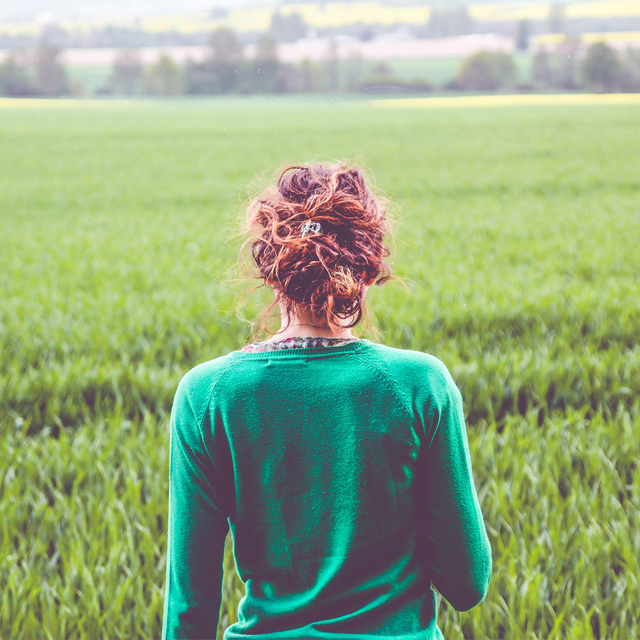 The result? Two things happened: the first is that I found it difficult to find the real me amidst all the head chatter. In concentrating so hard on the lack in my life compared to others, I struggled to see the abundance and to value the person I was.

The second is that I strived to do more and achieve more, which in turn lead to increased stress levels and a sense of always falling short.

None of this was based in truth of course. My perception of others achieving more and always doing a better job was simply the story I told myself. The story that said I just didn’t measure up.

As a parent I’ve witnessed comparison in one of its most destructive forms. I see parents putting their children in after school education because they found out someone else was doing it and didn’t want their child to fall behind.

We teach our kids to compete and compare more than we teach them to be who they really are. And most of the time we’re teaching by example.

It doesn’t end with our kids. We do it to ourselves just as much. A little healthy competition can be great — it can get us off the couch and doing more.

But when we’re striving to be something we’re not, and doing more to try to be more, comparison can leave us feeling burnt out and overwhelmed. And it certainly doesn’t foster a life of abundance through minimalism.

Why do we compare?

Is it really just all about society and the competitive environment in which so many of us were raised? So often we don’t even think it’s doing us any harm because competition is “normal.”

But there’s a difference between competition and comparison. A little competition as you play soccer is healthy; ripping apart another parent in an argument because his son outplayed yours is not.

When we compare who we are and what we can achieve to another person, that’s more about feeling like we’re not good enough as we are. If that’s our mindset, we can always find something or someone to compare ourselves to and find a “truth” that doesn’t really exist.

It’s good to de-clutter, simplify and make space in our closets, but if our self-worth is low, these things will only placate us for a short while. To live an abundant life on the outside we need to know who we are and believe we are good enough as we are.

Here are three ways to see if comparison plays an unhealthy role in your life.

1. When you are around certain people, you don’t feel good about yourself.

For me this used to be a clear sign that I was comparing. If I didn’t like the person I was around someone else, it was usually because I envied something in him or her, or I believed they had more value than me. Think about some people in your life that you don’t feel good around and ask yourself honestly why that may be.

2. You rarely pat yourself on the back.

If you find it hard to celebrate your successes it may be because you are pushing yourself to achieve the best of the best. Every day there’s something to celebrate about who you are and what you have accomplished.

If, for example, you are striving to be like a certain person in your line of work, consider whether they may be ahead of you because they started out earlier, or were given more opportunities. Don’t compare your achievements with others’—compare them only to your own. And celebrate your successes often.

3. You find yourself feeling critical of others.

This one is a clear sign that comparison has a grip on your life. When judgment and criticism prevail it’s a sure sign of envy. We put people down and judge them because we want to feel like they aren’t doing as well as we are. The more we put them down, the more we feel good about what we may not be achieving ourselves.

But this one always backfires because criticizing other people only makes us feel good in the moment — after that we feel pretty bad for judging them.

The next time you find yourself in a place of judgment or criticism stop and ask yourself what it is that’s really bothering you about their behavior or achievements.

If you can identify with any of these three scenarios it may be that you’re opening the door to comparison in your life. The first step towards closing that door, of course, is simple awareness.