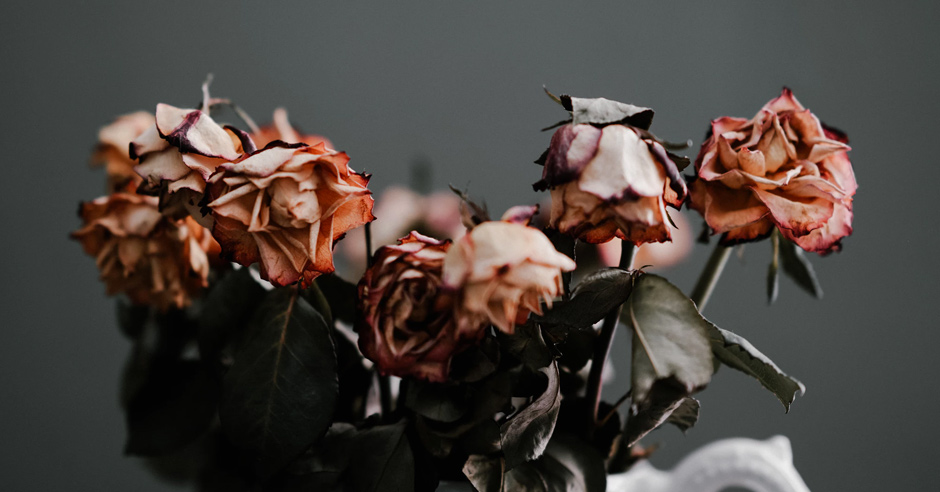 On a fairly mild March day laced with the promise of spring, my 63-year-old dad went to a doctor’s appointment to review his CPET results and received good news: his heart was in great condition and his cholesterol levels were normal. Buoyed by the results, the next day he and mom, along with 4 friends, left for a 2-week vacation in Florida.

Two days after their arrival, my mom called with the news that my dad had suffered a massive heart attack and had died. Later in the week, the autopsy would reveal he had advanced heart disease which had somehow not shown up in any of his tests.

The fallout after an abrupt and completely unexpected loss like this is monumental, like a giant arm has swept itself across the surface of your life, dumping all of the contents on the floor, and you’re left sorting through the debris. There’s been no preparation, no sense of gearing up… just the task of clearing up and getting on with what’s left.

Fast forward almost 20 years, to a fairly mild March day laced with the promise of spring, when my 77-year-old mom and I went to her doctor’s appointment to do some memory testing, and received difficult news: the slow cognitive decline she had been experiencing for the past number of years had deteriorated into a diagnosis of dementia.

This confirmation of our suspicions was a gentle next step in this gradual loss we’d been experiencing. The changes continue to advance slowly, providing time to reflect, adjust, and grieve when we see certain parts are simply gone for good.

In the spring/summer of 2012, a variety of reasons (led by my mom’s failing memory) compelled us to make an abrupt decision to sell our side-by-side houses (our home was joined by connecting doors to my mom’s home), and move my mom into an assisted living facility while we moved into an apartment. My husband and I had 3 months to sort through and radically down-size two homes’-worth of accumulated memories and goods (all while I was working full time, taking 3 university courses, winding up an old job while preparing to start a new job). Needless to say, there wasn’t a lot of inner preparation or gearing up… we just had to get on with the task of clearing things out.

Decisions about all of our possessions, from kitchenware to high school yearbooks to garden supplies were made on the fly. Very strong and very painful emotions that arose during this process had to be acknowledged but put on hold until after the work was done. Since we knew we didn’t want to rent a storage facility for items that wouldn’t fit in our apartment, we chose to sell, donate, or trash whatever wasn’t coming with us. We were brisk, methodical, intentional…and almost robotic in our approach.

Even though we were making all of these decisions ourselves, it still felt as though items and memories were being snatched right out of our hands.

And then it was all over but the crying… when the tasks were completed and we were settled into our apartment, it was time to reflect and process and do the emotional work of letting go of the things we had already physically released. Our minds were so relieved to have less “stuff”, but it took our hearts a little while to catch up.

2 months ago, it was time for my mom to be moved to a fully-assisted living environment, so my sister, husband, and I gathered at my mom’s apartment to sort through her belongings and decide what would stay and what would go. Since the huge purge had taken place some 6 years earlier, this process felt much more manageable and gentle. There was time to carefully reflect on what mom could use and might love to have with her in her new place, and what items we could let go of with good grace. There were certainly some “pangs” involved with letting go of some of her things, but it seemed as though our hearts and our minds were (mostly) on the same page.

Letting Go – of relationships, possessions, identities, dreams, ideas, beliefs – is rarely easy for me to do. When I love something or someone, I tend to hold tight, wanting some kind of permanence and stability. The notion that “Change is never easy. We fight to hold on and we fight to let go” (Mareez Reyes) resonates deeply with me.

I used to prefer changes that would come roaring upon me, where my only job was to withstand the storm and then sift through the wreckage… like when my dad died… like when we chose to move quite suddenly. There was no preliminary sorrow leading up to the event – just the overwhelming grief when the powerful impact hit. The only fight in these instances was the fight to let go.

I was terrified of changes that could be spotted a mile away, where the losses are small but incessant, and the need for processing these griefs is continual and requires intentionality and mindfulness… like my mom’s slow decline into dementia… like sorting through her condo to prepare for her move to a nursing home. I was afraid of feeling both the fight to hold on and the fight to let go.

When it comes to dealing with the complicated emotions that can arise when starting the journey of simplifying, my various experiences have taught me the following:

1. Change – even change we ourselves instigate, invite, and welcome – usually involves a measure of grief.
Change always means a loss of familiarity of some kind, and it’s simply OK to sit with the difficulty and sadness that can arise in the tension of wanting to hold on while simultaneously choosing to let go. Feeling this way isn’t an indication that you’re doing it “wrong”.

2. Since change tends to involve grief, inner courage is required.
I’ve come across many people who are afraid of the emotions that may arise when sorting through their possessions, and so they choose to wait until they think they won’t feel an “emotional charge” when going through their things. This fear and procrastination are perfectly understandable, but I’d like to gently suggest that if you’re waiting until you’re not afraid, you may never actually begin. It takes courage to let yourself feel discomfort and unease in an endeavor that you know is for your benefit and gain. It takes courage to sit with the unexpected fears that bubble up throughout the process. And it takes courage to keep on going with the process in the midst of this discomfort.

3. There is no “one size fits all” technique to sorting through and removing our excess possessions.
There may be a season of life where a huge, intense purge might be the best and kindest way to rid ourselves of the extra “stuff” we have. Other seasons of life may require a gentler, longer, one-thing-a-time method of clearing out. Both approaches will most likely require a measure of inner reflection and processing; neither approach will spare us from the discomfort that might arise.

4. Gratitude is helpful.
I’ve only grown into this learning over the last few years, but I felt its profound effects when sorting through my mom’s things this past March. As I was sifting through various objects or papers or cards, if I came across something that caused an emotional pang, I’d take an extra moment or two to soak in the memory I had of this object and to say “thank you” for it. Then I’d visualize how a new family might use the item to create their own, new, meaningful memories together. I was grateful to recognize that something that felt valuable to me was being passed along to possibly become another family’s treasure.

5. Give yourself permission to grow.
In both our “upheaval” version and our “slower-paced” version of clearing out, we ended up having small “Not Just Yet” piles. Initially, this felt like a cop-out, but I’ve come to see it as a gentle way to help my heart transition from “holding on” to “letting go”. Having a bin of items ear-marked as things I would probably be ready to release in the future, but not just yet gave me permission to acknowledge that I was on a path of growth. Objects I wasn’t able to release in 2012 were much easier to give away in 2018. Having packed them away meant that I wasn’t using them, and re-visiting them down the road meant I had some time to grow into the readiness to send them on their way.

Taking the first step into a simpler, more minimal life may seem daunting and overwhelming, but compassionately allowing yourself to feel the complicated emotions that may arise at these beginning stages while continuing to move forward will set the stage for a more expansive and uncluttered heart-space and living space in the future.