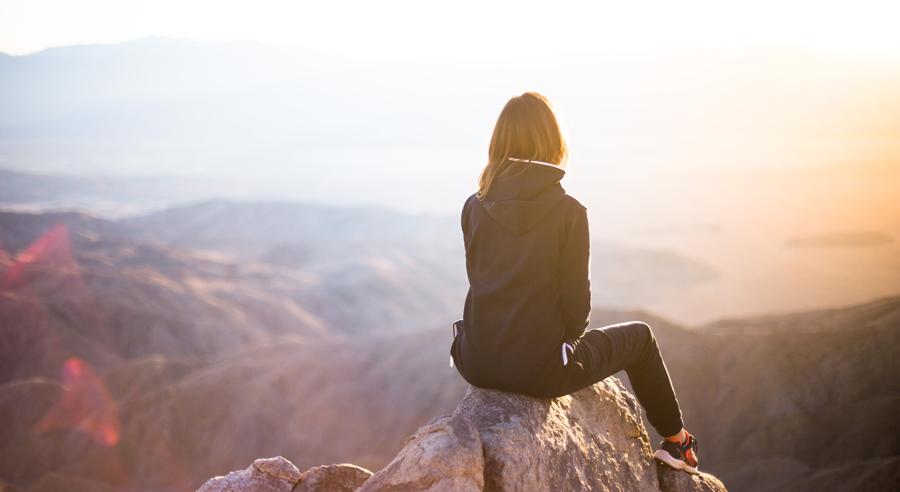 I don’t like exercising at the gym, but I like being able to play basketball with my friends and chasing my kids around the beach. I don’t like writing, but I like sending a new book off to print, and hitting publish on a blog post that informs and inspires my readers. Place me firmly in the camp of author Dorothy Parker, who once said, “I don’t like writing. I like having written.”

And, I’ll admit, I don’t particularly like being a minimalist. Like exercising and writing, and many other pursuits that are hard and require sacrifice, minimalism is not easy. It requires discipline. It’s counter-cultural.

Most people think you’re weird if you reject conventional wisdom of what it means to live the American Dream. But I press forward nonetheless, because the pursuit of less, in a world that celebrates more, is worth the effort and sacrifice.

“Nothing ever comes to one, that is worth having, except as a result of hard work.” Booker T. Washington

The reason I can power through a mindless, joyless session on the treadmill under bright fluorescent lights is that it helps me get stronger and healthier, and do active things I love outside of the gym. Similarly, the reason I resist temptation, choose to live with less, and try to keep my priorities in order, is that it helps me to create space and time for what really matters.

Without an end in mind, practicing minimalism can feel like a rote exercise devoid of any larger purpose. But if you’re using the principles of minimalism to move toward something you love, then all of the stripping away, like a sculptor chipping away at a hunk of marble, becomes a joyful exercise that reveals something beautiful inside.

Stepping Back to Move Forward

Three years ago, my wife, our three young daughters, and I embarked on a path to test a hypothesis: Could we, as a family, pivot from a life motivated by accumulation and consumption, to one chasing meaning and purpose?

It was a long, often hard journey that took us from an expensive suburb outside of a major city, to a small town in rural northern Michigan. We committed to living with less, because we knew (or at least thought) that a life with less could lead to more.

For many years prior, we desired this change but found ourselves unable to act. We would read, ponder, discuss, and plot how to make change happen, but never move forward. We were stuck in a routine and a lifestyle that wasn’t making us happy, but that we had grown accustomed to. We were battling the inertia of ambivalence.

When we first learned about the concept of minimalism, we were intrigued. The idea of shedding possessions and living lighter appealed to us. So we started boxing up belongings and dropping them off at charitable thrift stores, or placing them at the curb for trash pick-up.

But after a weekend of shedding, we’d find ourselves back where we started: with a few less things, but without making much of a dent in our desire for broader change.

What ultimately led to the transformational change, and ultimately greater happiness, that we experienced was taking a step back and trying to understand the larger purpose and vision we had for our lives; the “end” we had in mind through the “means” of minimizing.

A Strategic Approach to Living with Less

2,500 years ago, Chinese military strategist Sun Tzu wrote The Art of War. In it, he stated, “Strategy without tactics is the slowest route to victory. Tactics without strategy is the noise before defeat.”

We had been focused on tactics (for example, closet purging), but never took the time to define our family’s strategic mission. For us, our mission was, and is, to shed the burdens of possessions, financial stress, and worry, and replace them with more meaning and memories born of experiences. We formalized a mantra that would guide our mission, which is:

In my personal experience, and through the observation of others, I’ve found that those who only focus on the tactic of minimalism, without a larger purpose in mind, tend to struggle to stick with it. Just as calorie counting diets, measured only by the restriction of calories, rarely work, minimalism quests marked only by the dispossession of objects are hard to sustain.

It’s difficult to stay motivated about the means without an end in mind that lights you up inside. Having a larger purpose is what helps you to persevere through challenges, and minimizing one’s lifestyle, in the face of societal pressures to do otherwise, certainly qualifies as a challenge.

With Purpose in Mind, Get to Doing

By no means are we minimalists in the purest sense. We still have too much stuff, get caught up in keeping up with the Joneses, and succumb to temptation despite knowing better. But for the last several years, with mission and mantra in hand, every time we have fallen down we’ve been able to get up and get back on track, happier and ready for what’s next.

We’re girded by the knowledge, born of experience, that the path to fulfillment lies in doing the hard things. With a purpose in mind, you can learn to love the process of minimalism, even if it’s difficult at times.

What’s your purpose? What are you seeking? What prompted you to click on this article in the first place? The odds are that it’s not the desire to live an easy life, because the easy way is simply to conform and act according to modern notions of what it means to live large. You’re likely here because you’re in search for more, but more of a different variety.

“The mystery of human existence lies not in just staying alive, but in finding something to live for.” Fyodor Dostoyevsky

I have no idea what your life’s purpose is, but if I had to guess, it’s to live a meaningful life with a focus on the people, causes, passions, and experiences that matter most to you. If this is the case, then here are a few ideas that can help you to not just go through the motions of minimalism, but to use minimalism as a means to grab life by the reins and live it for all it’s worth.

Minimalism is a journey, not a destination. The destination is, or should be, the fulfillment of your purpose. Change happens incrementally, not all at once. So with your purpose in mind, think big and act small. As the old adage goes, you eat an elephant one bite at a time, so set small goals for yourself as you travel your journey, and celebrate small wins along the way.

Cupboards, closets, and cellars are not the only areas in our lives that call for minimization—they’re not even close to the most important ones for most of us. Our work, our relationships, and our cognitive biases that limit us from our potential are often ripe for editing.

For example, one of the biggest factors that enabled us to move to a place we love was ditching the expensive space we used for our office, culling clients who made our work lives miserable and beginning to operate our marketing agency virtually. No more commutes, no more rent, and a whole lot more time and resources to live the life we desired.

Intrinsic motivation is marked by an internal desire to do something for its own sake—for example, someone’s personal enjoyment of an activity, or their desire to acquire a skill because they’re eager to learn. Someone who is intrinsically motivated doesn’t need someone else to push them forward.

This is important because many people won’t understand the journey you’re on. They won’t identify with your purpose. Some will be outright hostile because they’ll see your desire for change as a rejection of their own choices. The best way to overcome these challenges, and live life on your terms, is to rely on your own resolve rather than some form of external motivation.

After all, there’s nothing more satisfying than doing something hard, and then reaping the rewards of a life well lived.

Take the First Step, then Another

Minimalism is not a magical cure-all. But for those who have a deeper meaning in mind for their lives, and want to pursue a mission in life that is challenging and fulfilling, following the foundational principles of minimalism will give them a much better shot at achieving their life’s purpose. Happiness is not guaranteed, it’s hard-won. And the struggle for happiness begins inside, with a commitment to do the hard work.