When I was 20 years old I spent a few months studying the works of Henry David Thoreau. I was an English major in college and this, of course, included a deep dive into Transcendentalism. 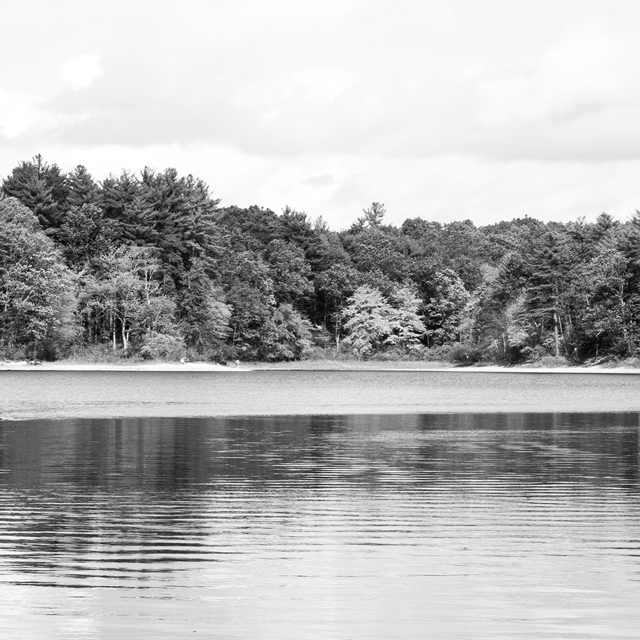 If you are unfamiliar with Thoreau, he was a 19th Century poet, essayist, and philosopher who at one point went and lived as an extreme minimalist in the woods for 2 years as an experiment in simple living.

At the age of 20, I didn’t connect with Thoreau at all. When you’re that age, the world is a big cornucopia of things to acquire and to become, and my perception was that Thoreau’s choice to live alone in a shack, on a pond, was a choice to miss out on life completely.

I saw no value in seeking simplicity, and I didn’t see that his writings had any real wisdom to offer me as a young woman trying to navigate the modern world. I read his words, wrote my papers, and moved on.

This year I turn 40, and Thoreau has found his way back into my life. It is amazing how an extra 20 years of life experience and perspective has altered my reaction to his work—especially his thoughts on living simply. Now I see deep and profound wisdom in the words I once dismissed as irrelevant and out of touch.

Here are 5 messages from Henry David Thoreau that I wish I would have had the maturity to appreciate the first time that they presented themselves in my life:

“I would rather sit on a pumpkin, and have it all to myself, than be crowded on a velvet cushion.”

“Happiness is like a butterfly, the more you chase it, the more it will evade you, but if you notice the other things around you, it will gently come and sit on your shoulder.”

“A man is rich in proportion to the number of things which he can afford to let alone.”

“I had three chairs in my house; one for solitude, two for friendship, three for society.”

“I do believe in simplicity. It is astonishing as well as sad, how many trivial affairs even the wisest thinks he must attend to in a day; how singular an affair he thinks he must omit. When the mathematician would solve a difficult problem, he first frees the equation of all incumbrances, and reduces it to its simplest terms. So simplify the problem of life, distinguish the necessary and the real. Probe the earth to see where your main roots run. ”

It took me a while, but now I see the light. Thank you, Mr. Thoreau.

*Note — This article was originally published at Medium.