Decluttering isn’t hard—but it is emotional. I’ll admit that I have emotional connections to things I no longer use or need. With this in mind, I shouldn’t be surprised to see my kids having the same struggle. 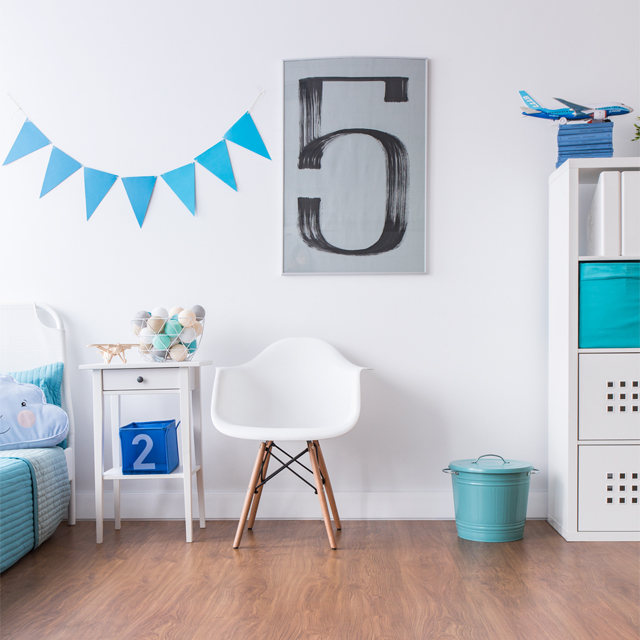 I have three small children. They each have a special attachment to their things—even the ones they don’t use. These may include half built lego sets, incomplete board games, broken happy meal toys, or figures from shows they haven’t watched in years.

The reason I know this is because I often position certain toys in a particular manner and investigate to see if they have been moved. I usually do my detective work once a week and my instincts almost always prove correct.

However, when I ask about these items, there is a sentimental story told in order to keep them in the house. I have found myself getting frustrated with my kid’s inability to depart with things I would consider unnecessary. It is then that I quickly remind myself I have been struggling with this same attachment for the better part of thirty years and I immediately show them grace.

In an attempt to get them on board, I implemented decluttering days, but found that my kids became overwhelmed or ended up rekindling flames with old toys that were once long forgotten.

So in lieu of decluttering marathons, I discovered a few practical ways to get our kids successfully minimizing while not overwhelming them in the meantime.

When I do donation runs, I have my kids grab three toys each that they no longer play with to throw in a bin. Instead of having my kids spend long sessions going through their things, it’s much easier and effective to have them get a few things to throw in.

This practice also teaches them the act of letting go — even though it’s only a few things at a time. Often these items will be small, but in the long run, nine items at once can make a big dent in decluttering your home.

2. Have your kids count their possessions.

This is a method that I have used with my 8 year old. One day when I was helping him clean up, I had him count how many books he had. The number was surely in the hundreds, but he did it. Before he accomplished this feat, he was certain that he did not have any books worth parting with. After he had put his hands on each book, he was able to let go of nearly half of his collection.

There was a lightbulb moment and he realized he did have more books than he needed. At one point, he chuckled as he passed 95 in this counting exercise. It was quickly obvious to him he had a lot of books he could part with. Once he passed the emotional hurdle, he found several that he knew he could let go.

My son has legos upon legos upon legos. There have been times when legos are everywhere. We purchased him a set of shelves with three large drawers. Our deal is that he can have as many legos as he wants, so long as they remain in this space. This method can be scaled up or down with many locations or categories. For example, you may allow your child to keep as many books as will fit on one book shelf. This works well and it gives your child a clear boundary to work within.

This system works well during holidays and birthdays when toys come in by the dozens. Give your child two rubbermaid tubs and inform him or her that when one bin is full with new Christmas or birthday gifts, the other bin must be filled with existing toys to sell or donate. This is typically a good time to do this type of activity because your child will be so thrilled with a large haul of new toys, filling the bin with old things won’t be as painful.

There are used book stores and second hand toy stores that will provide store credit for books and toys that are traded in. The great thing about this activity is that there will not be a one to one exchange rate. For example, a used bookstore might take five old books in exchange for one that your child is interested in. Before long, this exchange system will have books and toys paired down to only the essentials.

Remember there is a teachable moment each time your child makes the decision to let something go. Encourage your kids they are not defined by their possessions. Remind them the less they own, the less they are required to tidy.

Most importantly, use these moments to create a lasting connection with your children and show them the joy that can be found in owning less.