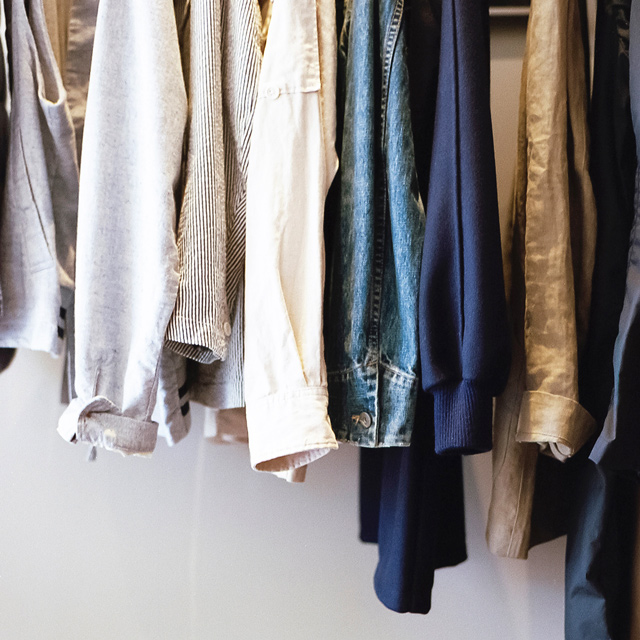 I’d searched for a comfortable pair of flats in this particular color for nearly two years and, in fact, had my eye on this specific pair for quite some time. But it took me several months to actually make the purchase for one reason—the cost.

These ballet flats were nearly $200—far more than I’d ever spent on a pair of shoes before—and in the months following my purchase, I consistently get one question from my friends about those shoes: was it worth the cost?

For many minimalists, as we pare down possessions there is a definitive shift in not just how many items we purchase, but the kind of items we purchase as well. It’s a natural shift, to be honest, because when you have one item instead of five, you’re more likely to consider the quality of that one item.

But even when you begin to pare down items, it can be hard to reconcile a lifestyle of less with items that cost more, and it’s easy to still balk at the idea of spending more than $10 on a shirt.

That’s because when you and I go to the store to buy almost anything, we primarily view it in terms of dollars and cents. The determining factor for whether or not we actually make the purchase is often driven more by how much that purchase will or won’t affect the balance in our bank account than whether or not we actually need or even truly want the item, and we rarely consider all the elements that went into putting that shirt that “only” cost $7.99 into our hands.

But what are the hidden costs associated with that seemingly great deal?

The Cost in Time

Henry David Thoreau once said, “The price of anything is the amount of life you exchange for it.”

As minimalists, we know this to be true and the desire to spend less time caring for the stuff in our lives is often a catalyst for shifting to a minimalist lifestyle. Who really wants to spend hours organizing boxes or cleaning a gigantic home when you could spend that time doing things you actually care about?

The fact is, the more stuff you have, the more time you have to spend taking care of it. When you pare down to the essential and only have to take care of one pair of shoes instead of 15 or 700 square feet instead of 2000, it opens up a world of possibilities to spend time on the things that are truly important to you.

And by choosing to spend more on higher quality items, you not only save money in the long run, but you also save the time you’d otherwise spend shopping to replace those poor quality items that fell apart quickly.

The Cost to the Environment

Did you know it takes 2,700 liters of water to produce enough cotton to make one shirt? Or that the amount of food wasted in 2007 emitted 3.3 billion tons of carbon dioxide throughout its production? Or that it takes three times as much water to create a plastic bottle than it does to fill it and every square mile of the ocean now has over 46,000 pieces of floating plastic in it?

Our natural resources are finite, but we rarely take into account how seemingly small actions like purchasing a shirt for $7.99 from a major retailer, tossing out spoiled food we couldn’t seem to get to in time, or picking up a bottle of water at the checkout impacts the environment.

The truth is a shirt should never cost $7.99, however, thanks to fast fashion, it’s something we’ve come to expect. But when a garment is made quickly out of poor quality material and bought for little more than the price of a Starbucks latte, it usually doesn’t last long. It most likely wore out in a season or two and contributed to the 15 million tons of textile waste produced by the United States each year, 85% of which currently sit in national landfills.

Thanks to agricultural innovation like factory farming, the global livestock industry now produces more greenhouse gas emissions than all cars, planes, trains, and ships combined. The overuse of pesticides results in air, water, and soil bodies being contaminated with toxic levels of the chemicals. And all of that to produce 20% more food than is actually needed to feed the world’s population, with 31% of it being tossed by Americans each year.

Plastic is one of the most common packaging products in use today and we find it in everything from bottles and shopping bags to boxed salads and cigarette filter tips. A recent international study found humans have made enough plastic since WWII to coat the entire planet in clingfilm. Though plastic bottles can be recycled, their caps cannot. Even then, 80% of the water bottles we buy each year wind up in a landfill, where they are joined by millions of plastic bags, all of which are unable to break down and release dangerous chemicals into the air.

Up front, shopping and living sustainably and organically—for minimalist fashion, ethical fashion, food, or anything else—takes time and effort. It requires researching the supply chain and asking tough questions, rather than purchasing blindly. And yes, it usually costs more money. But the focus these companies have on sustainability and quality means you’re buying better, allowing you to buy less.

The Cost to Other People

Beyond the environmental impact, countless items we purchase have a direct link to modern slavery, from clothing and electronics to coffee and chocolate. This has caused an increase in awareness for movements such as slow fashion.

Tons of big name brands utilize sweatshops to produce their clothing, meaning your shirt was likely made by a child in unsafe conditions for minimal or no pay, and there’s a good chance that garment worker is a victim of human trafficking. Chromium, one of the primary chemicals used in the production of cheap leather, is known to cause several types of cancer, erosive ulcers, and increases the rates of asthma, bronchitis, and other upper respiratory tract issues.

Items we use and consume everyday like electronics, jewelry, coffee, and chocolate are often sourced from countries that rely heavily on slave labor. One in three electronics workers in Malaysia is in a condition of forced labor, and 75% of the world’s gold is produced through illegal and informal mines where the workers are not protected by local safety laws. Coffee plantations in Brazil often exploit their workers through practices like debt bondage, and illegal child labor is the backbone of cocoa farming in West Africa.

Much of what we purchase is based on convenience to ourselves, rather than consideration for all the people who were partially responsible for getting that shirt or latte or new phone into your hands. Slavery Footprint is an online resource that shows how many slaves work for you based on the items you own and the perishables you consume. It can be disheartening, but eye-opening.

Like the environmental impact, a little bit of research and a few extra dollars can go a long way in ensuring the purchases you make aren’t costing another human life somewhere down the supply chain.

What It Really Costs

Cost is more than dollars and cents. It’s more than just the cost to you.

When I purchased those ballet flats last year, I admittedly struggled, thinking of all the other things I could’ve done with the money. But because I purchased them from a company that not only prides itself on quality products and craftsmanship, but also empowers women in marginalized countries, I know the extra dollars I spent mean I not only have have a go-to pair of flats that will last me years, but somewhere in the world a woman was empowered through my purchase instead of exploited.

So was it worth the cost? Absolutely.