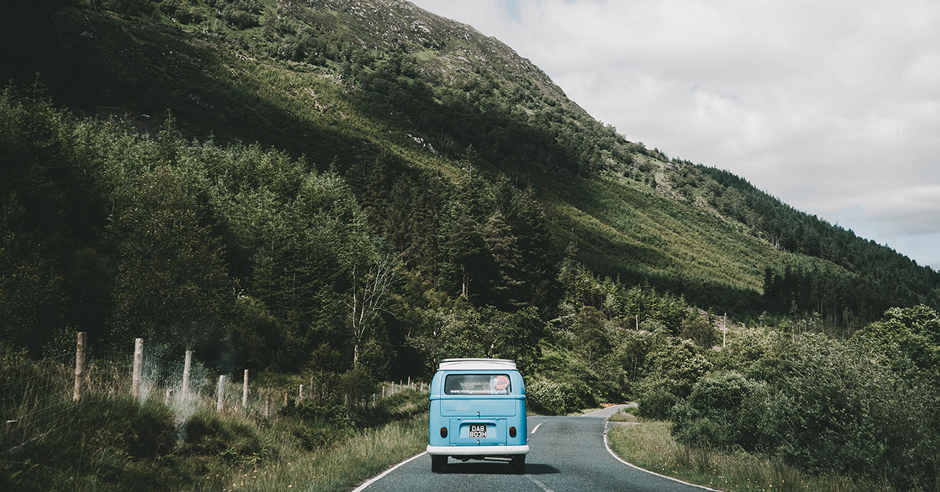 The last couple of weeks have been busy over at Tiny Ambitions headquarters (aka my house). I had my last day at one job, and my first day at another. I took my last flight to Toronto for work and my first drive on my new daily commute. Tiny Ambitions was also published for the first time on No Sidebar.

That’s quite a few firsts and lasts. The trouble is, in our fast-paced world, do we ever really take the time to savor the firsts and the lasts? I am guilty of racing from one thing to the next, bulldozing any hope of appreciating the moment.

The Seduction of New Chapters

Part of this, I think, is excitement. Who wouldn’t be excited to start a new chapter of their lives? Everything seems so fresh and new and full of promise. It’s hard not to be seduced by that.

But, I think one of two things tends to happen in life. Either we go overboard and can’t stop savoring the past moment—so much so that we ruin our present reality. Or, we take zero time to appreciate anything and move through life at hyperspeed. In either scenario, we end up at the end of our lives, never having lived in the present.

Is there a happy medium that can be found between being stuck in the past or racing towards the future?

I think so. I’ve never been one to dwell in the past, with some recent, notable exceptions. The past is over, and we can’t relive it or change it, no matter how much we wish we could. The future though, that’s an entirely different story. In my mind, the future is bright and sparkly and full of infinite possibilities.

The problem with my internal ‘logic’ is that my current reality is actually pretty great. I just haven’t given myself permission to slow down and notice it.

Being too preoccupied with what *might* happen, undermines our ability to enjoy what is actually happening. This isn’t to say that life is always kittens and roses because it’s obviously not.

But, for me at least, my brain doesn’t differentiate between the good and the bad. My reaction to having a great day is the same as having a not-so-great day—“what’s next?” It could be the best day in the world and my brain would still kick into ‘what’s next’ mode.

So, what do we do about it? For me, it comes down to intentionality. And, I don’t mean that in a wishy-washy, kumbaya kind of way. I mean it in a practical way.

What I’m trying to say is, whenever I’m doing some ‘thing’, I’m doing that one thing and not the 20 other things on my to-do list. This might seem like a privilege and in some cases, it is. But, the fact is, I am a truly terrible multi-tasker. I just can’t do it.

If I try to do more than one thing at once, my brain turns foggy and neither thing I’m trying to do gets accomplished in any meaningful way. For me, mono-tasking is the only way I get things done. Realizing my brain operates in a single task environment changed my relationship to everything.

However, the problem with mono-tasking is, if I’m doing something I shouldn’t be, it’s becomes very obvious. Just last night, I should have been playing fetch with our cat. Instead, I was reading something on my phone. And Mr. TA noticed and called me out on it (which I am grateful for). I am by no means perfect at intentionality. I am more than a work in progress.

That being said. Being intentional with my actions is still very important to me. That’s why, when I had my last ever stay in a hotel for work last week, I took 30 dedicated seconds to take in the view of the skyline before I left for my morning meeting. That’s not a lot of time, but, it was enough to ground me in that moment and remind me of how lucky I am.

You Don’t Have to Be Who You Were Yesterday

I wrote a couple of weeks ago about how you don’t have to be who were you yesterday. It’s ok to let go of the past. Maybe if I hadn’t rushed through parts of my past, I wouldn’t have clung so tightly to them in the present. By learning to savor the firsts and the lasts in the moment, while they’re actually happening to us, maybe we can let the past be the past, and let the future unfold when it’s good and ready to.

There’s been a lot of change in my life in the last couple of months. Leaving a place we both didn’t really like for Northern Ontario was no easy feat. But, I was so eager to leave, I didn’t properly savor the ‘lasts’ of Southern Ontario. I recently started a new job—and while I did definitely savor the first day, I didn’t fully appreciate the last day at my old position, with all of the wonderful people I likely won’t cross paths with again.

I’m hoping, for now at least, that our season of change is over for the foreseeable future. I am more than ready to ‘settle’ into a new daily routine, in a new city, with a new job. However, if all of the change in the last couple of months has taught me anything, it’s that change is the only thing we can count one. It’s terribly cliche, but it’s also true.

We never know when anything around us could change (for better or for worse). The only thing we can do is be present for whatever firsts and lasts are happening around us every single day.

Are you good at savoring the firsts and the lasts in your life? Do you find it hard to stay in the moment?

*Note – This article was originally published on Tiny Ambitions.