In the two years since I’ve become a minimalist, I’ve noticed there are a lot of different philosophies on what it means to be a minimalist, how to live a simple life, and why you should or shouldn’t make the change for yourself. 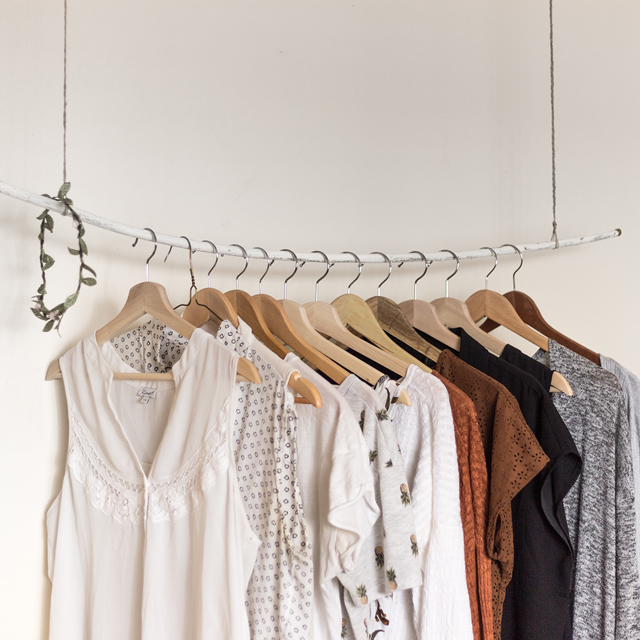 The double edged sword of our social media filled lives is we have more inspiration than ever, but we also have more input than ever. Everywhere you turn, you’ll find blogs, YouTube videos, articles, and twitter threads detailing the “essentials” for this or the “right way” to do this thing or that one.

With simplified living increasing in popularity, the advice available on how to go about it can seem never-ending, sometimes contradictory, and often overwhelming. It’s easy to believe you’re doing it wrong, you’re not a “true” minimalist, or any other manner of absurdity if you’re not doing things the way a certain blogger or YouTuber or “pro-minimalist” says you should do it.

But a simple life isn’t prescriptive. It’s not a one-size-fits-all method that dictates you have to simplify, minimize, or declutter this way or you’re not doing it right.

If you’re not sure how to go about it or what you should declutter first, start with these lies about simple living. They can go right in the trash.

If I could tell anyone curious about a simple life one thing, this is what I’d shout to the high heavens—there is no one way to live a simple life. It’s not something you can get right or wrong. Just like everything else in this world, it’s about what works for you and not what works for anyone else.

I’m a bibliophile and an interior decorator hobbyist, which means I have throw pillows on my couch, some seasonal decor, and I’ve never once considered getting rid of all my physical books in favor of an e-reader.

Some people look at my bookshelves and assume there’s no way I can be a minimalist with hundreds of books. But every single book on those shelves is carefully curated, brings me joy, and is something I actually read, reread, and lend to others.

Many minimalists might say that I’m doing minimalism wrong by having hundreds of any one item, let alone something that takes up as much space as books do, but there truly isn’t a wrong way to do minimalism or a simple life.

As Joshua Becker says, “Minimalism is the intentional promotion of the things we most value and the removal of anything that distracts us from it.” If I didn’t value reading, owning as many books as I do wouldn’t be minimalist of me, but since simplifying my life has allowed me to enjoy more time reading and enjoying those books on my shelf, it’s exactly right.

When it comes to simplifying your life, it’s easy to believe it has to be all or nothing. You have to purge everything in one fell swoop and never return to your former excessive habits again or you’ve failed somehow.

But the truth about any life change is that it takes time, because just like eating healthier or exercising more, you’re developing new habits and that simply doesn’t happen overnight.

Even if you do purge everything in one fell swoop (this works best for some people), you’re still going to be learning and growing and changing. Your simple living journey will teach you all sorts of things about yourself and you’ll slowly learn what is and isn’t important to you—and some of it might surprise you!

3. It’s all about the numbers.

When I first started decluttering my physical space, I kept a specific count. I’d read about those people who’d purged 50%, 60%, 70% of their possessions and I wanted to see how much of a change there was in my life when all was said and done. As I went from room to room, I kept a running tally on a notepad that sat on my desk. Somewhere along the way, I lost count.

Based on where I was when I lost count, I know the number is well above 1000, possibly even over 2000. As interesting as it might be to learn the exact number or percentage of things I’ve gotten rid of since my journey began, in the long run it doesn’t matter.

Numbers are easy to focus on because they’re a measurable statistic, but they also make it easy to compare. When you read about someone who only have five pairs of shoes and you still have 20, it’s easy to buy back into that first lie that you’re somehow doing it wrong.

In the beginning, keeping count of how many things you declutter or limiting yourself to a specified number of items in your closet can be a helpful tool as you’re adjusting your habits and learning a new way of living.

But after you’ve been doing it for six months or a year or more, those numbers aren’t the important thing. The important thing is the changes that come from simplifying your life and the habits you’ve developed as a result.