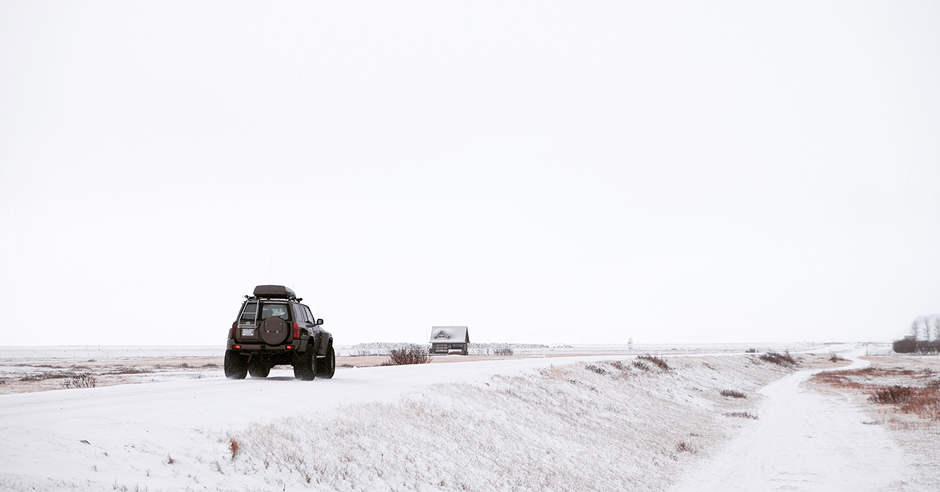 I remember the first time it occurred to me that I didn’t really care whether I lived or died. I was with my boyfriend in his Jeep, sunset cruising down a long country highway with the doors off and the top back.

It was a perfect evening. The wind was too loud to carry a conversation, my mind started wandering, and I found myself considering that this lazy summer Sunday could be the last day of my life.

I was surprised to notice myself not minding that possibility. Death, in that moment, seemed like not much more than the high five at the end of an exciting game or falling asleep in a soft bed at the end of a perfect day.

It was a feeling I’d never had before. I’ve always been terrified of death. Even as a child, I remember sitting in the library of my elementary school trying to imagine what it would feel like to no longer exist and thinking myself into a panic.

Once I grew up and depression found me, I’d wake up in the middle of the night and watch my sleeping dogs to make sure they were still breathing. I calculated and recalculated the amount of time my loved ones might have left as we all kept growing older. For years, I spent most of my commute to work alternately imagining car crashes and begging myself to stop imagining car crashes.

My mind tormented me with a thousand different scenarios that always ended up with someone I loved, or myself, taking a last jagged and tragic breath before disappearing into the unknown and unthinkable “whatever-comes-next.”

It was exhausting, and though the obsessive thoughts cooled off and eventually went away when I started The Winterbritt Project, my fear of death still lingered. I didn’t expect it would, or could, ever really go away. I thought everyone was afraid of death. I hadn’t known there was an alternative.

So to find myself careening down a highway with only a thin nylon seatbelt between my mortal body and the racing pavement, and to find myself nonchalantly giving death permission to take me whenever it liked… Well, I found it very puzzling.

That peaceful feeling left as inexplicably as it had come, and my regular life resumed. But those moments on the highway left me asking if I was capable of building a new relationship with death, one that might not leave me trembling in terror of the painfully obvious mortality I saw all around me, one that would allow me to live in peace today with whatever might happen tomorrow.

The stark contrast between those moments of peace and my regular thoughts made me realize that I hadn’t actually been living so much as I had been fearfully clinging to life, grasping desperately for more time. I had been treating the miracle of life the way a frightened swimmer treats a lifeguard (if the pool were full of sharks), blinded by panic and struggling to survive.

As I let go of my fear for those few moments and gave myself the freedom to die, I also had granted myself the freedom to live, really live—without fear, without struggling, without needing. After that strange peaceful episode I had to wonder, “What if I could recreate that peace on purpose? How might my life be different if I chose to stop struggling against death?”

3 Steps to Giving up the Fear of Death

So I tried it. I started shifting my perception and giving death the thumbs up to come find me whenever it was time. Here are three ways I’ve done that:

1. Identify what your fear is not.

The obvious but rarely admitted truth is that I’m going to live exactly as long as I am going to live, and not one moment more or less. My struggle against that reality doesn’t change the outcome. It only affects the quality of the life that I live today. Death will take each of us exactly once, but my constant fear was making death a daily occurrence. It wasn’t death that was terrorizing me. I was doing that to myself.

My suffering was never death’s fault, but I’d been blaming it for my fear all my life.

There’s an ancient Hawaiian tradition called Ho’oponopono. I use it sometimes whenever I want to find peace but I don’t have a rational line of thinking developed to get there. It’s a simple practice that squashes your ego, opens your heart, and puts you back in line with reality.

I started asking myself what number of days or years constitutes enough life. Where do I draw the line between a life too short, and a life worth living? I started to realize that I’ll never be able to live a life that feels like enough if I can’t find peace with a life that ends in death.

I don’t know how it works. But it works. And my desperate grip on life started to loosen a little bit. I want a life that feels like enough, so as I’m accustomed to doing, I turned the thought around.

It started feeling disrespectful, even when I was doing it out of empathy or with good intentions. It wasn’t my place to make that call. So I stopped assuming that death was a tragedy out of respect for those who had died, and I started to see it only as the materialization of fate.

Where I gave up tragedy, I doubled up on loyalty. When someone died, I started sticking up for them against my fearful thoughts. “It was his life and his death,” I would tell myself, “you don’t get to disrespect his one beautiful perfect life by calling it a tragedy just because you’re afraid.” It worked.

I started feeling that everyone had the right to die, exactly when they did. My judgment was replaced by loyalty. The gap between the living and the dead started to narrow. The people I’d lost didn’t feel so lost after all.

And then I turned the argument on myself.

I extended loyalty and respect to myself as well. I stopped disrespecting my own one and precious life, and started finding enough in lots of ordinary moments. I started purposely bringing death in during the moments of peace and beauty I was finding through The Winterbritt Project.

Whenever I found myself standing in front of a beautiful sunset, or holding hands with my boyfriend, or laughing over a funny movie, I would say to myself, “This is enough. If this were the only thing. If it were the last thing. It would be enough.”

And each time I decide that my life is enough, it is. If I die today, or tomorrow or in ten years or fifty, it’s been enough. I don’t mind to die anymore, because I’d rather have the chance to live until I do.

*Note – This article was originally published on Winterbritt.